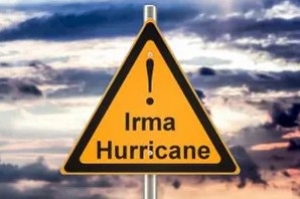 It's already legally complicated to be a surrogate, and a natural disaster compounds the complexity.

But in addition to the expected toll that the storm will have on Florida, there are also lesser-known consequences. These include the fact that some Floridian surrogates are facing challenging legal questions as a result of the evacuation. It’s already legally complicated to be a surrogate, but those complications become compounded in the face of a natural disaster.

Worst-Case Scenarios. When a woman agrees to carry a baby as a surrogate for another, all parties enter a long and detailed legal contract that imagines many terrible worst-case scenarios. These involve scenarios like the surrogate being put on life support while carrying the child, or one party wanting to terminate the pregnancy and the other not wanting to, or one (or both!) of the intended parents dying during the pregnancy, and so on. The legal contract specifies the agreed-upon next steps if one of the terrible scenarios comes to pass.

Don’t Flee to Michigan! Also standard in a surrogacy contract is a provision not to leave the surrogate’s state of residence during the pregnancy, or at least not to leave toward the end of the pregnancy. This restriction is common for multiple legal reasons, but the most important of those reasons is that in a surrogacy situation, the parentage of the child is determined by the laws of the state where the child is born. And since the United States has not enacted a uniform “model surrogacy code,” the laws of the surrogate’s home state are critical. For example, if a Florida surrogate were to flee Florida and go stay with relatives in Michigan, and give birth there, the surrogate would suddenly be the legal mother of the child (despite having no genetic connection to the child, and no desire to be the child’s parent). And the intended parents would have no legal rights to their own child (despite the fact that they would receive that legal recognition if the birth happened in Florida).

Diane Hinson, owner of Creative Family Connections, has spent this week fielding calls from Florida and nearby Georgia surrogates fleeing the hurricane, concerned about the legal ramifications of crossing into neighboring states and possibly giving birth there. Hinson carefully tracks all states surrogacy laws and regularly updates her website (now a necessary resource for all surrogates fleeing natural disasters). Hinson emphasizes that although the law of each state is important, “the highest priority is the surrogate’s safety, as well as the safety of the baby.”

Life, Legal, And Money. Florida assisted reproductive technology (ART) law attorney Robert Terenzio notes that in addition to the legal complications, there can be a serious financial impact for a surrogate to give birth in an unintended state. In addition to the legal fees to secure the parental rights of the intended parents in a different state, “insurance is important.” Terenzio notes that a surrogate forced to evacuate her home town will likely need to seek medical care outside of her insurance network, causing a significant increase in medical costs. “And if she is on physician-prescribed bedrest at the time of the emergency, the situation becomes even more complicated.”

Not The First Natural Disaster to Affect Surrogacy. This is not the first time we have seen surrogates significantly affected by a natural disaster. In April 2015, a devastating earthquake hit Nepal. At that time, Nepal had become a popular destination for surrogacy arrangements, especially for gay Israeli intended parents. After the earthquake, emergency flights carried the surrogate-born babies out of Nepal to safety in Israel, leaving the surrogates behind and surrounded by devastation. Reports on the situation resulted in an outcry over the ethics of international surrogacy, and contributed to the unfortunate subsequent ban on surrogacy in Nepal.

And perhaps nuclear-war-with-North-Korea provisions. But let’s take this one disaster at a time.