17 celebrity women who have struggled with infertility - No Celebrity Budget? Check out IVF and ART in Ukraine 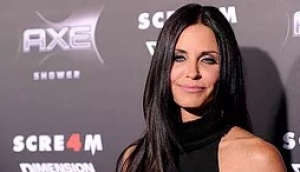 17 celebrity women who have struggled with infertility - No Celebrity Budget? Check out IVF and ART in Ukraine.
October 20, 2017

One in 8 women suffer from infertility, but it is rarely discussed. In this article by Rachael Vaughan Clemmons, 17 celebrities speak out about their struggles with infertility.

Earlier this month, actress Gabrielle Union opened up about her struggle with fertility, admitting that she’s had eight to nine miscarriages in the last three years. And she’s not the only one.

Here are 17 brave celebrity women who have opened up about their struggles with infertility.

Courteney Cox
The “Friends” star admitted that after several miscarriages, she learned she had a rare antibody in her blood that would attack the fetus every time she got pregnant. She and then-husband David Arquette opted for IVF and

Elizabeth Banks
After years of trying to get pregnant, and trying a range of unsuccessful fertility treatments, Banks and her husband decided to go with gestational surrogacy. “It was a womb issue for me,” she told Lucky. “Embryos wouldn’t implant.” 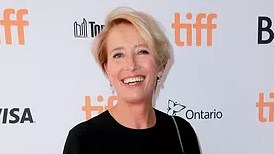 lengthy and difficult rounds with IVF. “We tried to have another child, it didn’t work, and I went into a deep clinical depression,” she said. “It’s only now that I no longer count other people’s children or judge myself harshly for not providing my daughter with a sibling.”

Chrissy Teigen
Teigen, who is preparing to have a second child via IVF, has been characteristically open about her own issues with fertility (and postpartum depression, too), saying she and now-husband John Legend tried to conceive naturally for nine years before turning to IVF treatments. 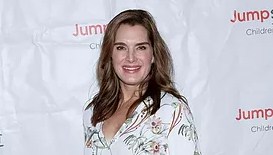 Brooke Shields
For two years before giving birth to her first child, Shields went through rounds of artificial insemination, IVF,

hormone shots and miscarriage. “What starts out as a dream becomes a project that’s all consuming,” she said. “Everywhere you look, women are pregnant and every song on the radio seems like it’s all about being pregnant. It becomes a very frustrating, frightening place.”

Amy Smart
After the “Just Friends” actress welcomed a daughter with her husband, Carter Oosterhouse, she posted an emotional Instagram photo revealing that the baby girl was born via surrogate after “years of fertility struggles.” 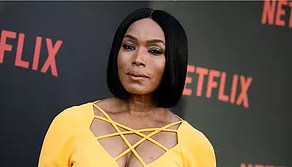 Angela Bassett
After seven years of failed fertility treatments — including IVF — Bassett and her husband, actor Courtney B.

Gabrielle Union
In an excerpt from Union’s book, “We’re Going to Need More Wine,” she admits that for the last three years, her body has “been a prisoner of trying to get pregnant — I’ve either been about to go into an IVF cycle, in the middle of an IVF cycle, or coming out of an IVF cycle.”

Giuliana Rancic
Rancic chronicled her own fertility struggles on her reality show, and welcomed a son, Duke, via surrogate in 2012. In 2015, she admitted that their surrogate had miscarried their last embryo, calling it “the toughest blow.”

Maria Menounos
Menounos recently announced that despite her recent surgery to remove a brain tumor, she and fiance Keven Undergaro are still moving forward with their plans to start a family via IVF. “My biggest struggle is the idea of having kids,” she told Redbook in 2014.

Nicole Kidman
Kidman says that she and husband Keith Urban have been on a “rollercoaster ride with fertility,” having had her second biological daughter via surrogate. “Anyone who's been in the place of wanting another child or wanting a child knows the disappointment, the pain and the loss that you go through trying,” she told 60 minutes. “We were in a place of desperately wanting another child. I couldn't get pregnant.

Sarah Jessica Parker
Parker and her husband, Matthew Broderick, welcomed their twins via surrogate in 2009. On choosing to go the surrogate route, Parker told Today, “We’ve been trying to expand our family for a number of years and we actually have explored a variety of ways of doing so. [And] this was one of the things we discussed with seriousness that had real possibilities for us.”

Kim Kardashian
Kardashian is having a third child via surrogate, and the 36-year-old has been very vocal about the complications she’s had with each of her pregnancies. “I really tried everything and I really want this and it’s not going to happen to me,” she said once on “Keeping Up with the Kardashians.” “I always knew surrogacy was an option. Now it’s my reality.”

Khloe Kardashian
Kardashian is reportedly expecting her first child with boyfriend Tristan Thompson. But during her marriage to Lamar Odom, she suffered a hormone imbalance that made getting pregnant nearly impossible. After she stopped taking birth control, though, her hormone stabilized and she was like “the f—king Easter bunny.” Her words.

Jaime King
After welcoming her first son, James Knight in 2013, the “Hart of Dixie” star opened up about how she got there: according to People, it was only after five miscarriages, five rounds of in vitro fertilization (IVF) and 26 rounds of intrauterine insemination (IUI) that she became pregnant. “When I got pregnant it was the best thing in the whole world,” she told the magazine. “I had never felt so grateful, happy and elated.”

Jordana Brewster
The “Lethal Weapon” star and her husband opted for a gestational surrogate to carry their two sons. “I couldn’t carry a baby,” she told Cosmopolitan for Latinas. “Surrogacy taught me a lot to have to have to rely on someone else to carry my baby for me, because I’m such a private and self-sufficient person. It’s the most intimate leap of faith and trust you can take.”

Tyra Banks
Banks opened up to People about the traumatic moments she had trying to get pregnant. “When I turned 40, the one thing I was not happy about is that I did not have kids,” she said. “It’s not so easy as you get older.” She and her ex-boyfriend Erik Asla welcomed a son, York, in 2016.

Read 843 times
Tweet
Published in Blog
More in this category: « How Ukraine's Surrogacy Model is More Advanced and Secure Than Many Countries # 17: Kyiv, Ukraine is Great! »
back to top
Learn more
Book meeting