Men have a biological clock, too. Here’s when their fertility declines. 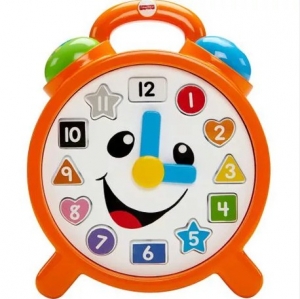 Men have a biological clock, too

While women face a ticking biological clock when it comes to fertility and healthy pregnancies, new research suggests men’s age is also a factor in predicting a couple’s chance of conceiving.

A new study out of Harvard Medical School and Beth Israel Deaconess Medical Center suggests men’s age plays a role too, even if an older man is paired with a younger woman.

They say by age 40 to 42 fertility takes a hit, at least when it comes to IVF.

The findings build on the burgeoning field of paternal health. Before, the focus was set on mom’s well-being and her effect on baby’s health outcomes but now, the spotlight is on dads.

“The impact of age seems to focus almost exclusively on the female partner’s biological clock … When making this decision, [couples] should also be considering the man’s age,” Dr. Laura Dodge, the study’s lead author, told the Guardian newspaper in the U.K.

It’s well known that women’s fertility takes a hit by around age 36 – 90 per cent of a woman’s eggs in her ovaries are depleted by age 30. After age 40, 97 per cent of her eggs are gone and the remaining eggs may not be as healthy, leaving women at risk of miscarriage or genetic abnormalities in their babies.

For Dodge’s study, she zeroed in on men. There are only a handful of studies pointing to a man’s age and its effect on naturally conceiving.

Dodge looked at 19,000 in vitro fertilization cycles performed at an IVF centre in Boston between 2000 and 2014.

Dodge suggests her results “show quite clearly” that a man’s age is a predictor of efficacy of IVF. As age crept up in men, IVF success rates declined.

If a woman was under 30 and her partner was 4o to 42, there was a “significantly lower” birth rate of about 46 per cent compared to those who had partners who were between 30 and 35 (73 per cent).

If a woman was 35 to 40, she fared better in getting pregnant and carrying a baby to term with a younger partner.

“Generally, we saw no significant decline in cumulative live birth when women had a male partner the same age or younger. However, women aged 35 to 40 did significantly benefit from having a male partner who is under age 30, in that they see a nearly 30 per cent relative improvement,” Dodge said.

Older age in men is also tied to fewer pregnancies, increased time to pregnancy and increased risk of miscarriage even in natural conceptions, Dodge said.

It’s unclear why this is the case, but unhealthy semen, DNA damage in sperm or other alterations could be at play.

Across the board though, a woman’s age still has a “larger effect” on fertility while a man’s age is “subtle.”

Fifty to 60 per cent of women in their 20s and 30s who take on an infertility evaluation respond successfully to treatment, such as insemination, IVF or timed intercourse.

Fewer than one per cent of women conceive after age 45. By age 43, fertility treatment success rates are about five per cent despite great advances in IVF.

Dodge is presenting her findings Tuesday at the annual European Society of Human Reproduction and Embryology meeting.

For the best Ukrainian surragacy service, medical facilities and affordable surrogacy with strong legal protections for the intended parents from inception, contact us at Delivering Dreams. Learn if we can help you grow your family through Ukrainian Surrogacy. 908-386-3864 This email address is being protected from spambots. You need JavaScript enabled to view it..

Read 816 times
Tweet
Published in Blog
More in this category: « What is IVF? Everything you need to know. Our IVF and Ukrainian Surrogacy is 68% Successful. ‘Knowledge is power:’ Gaucher initiative spotlights world of Jewish genetic testing - Available to increase success in Ukrainian Surrogacy »
back to top
Learn more
Book meeting