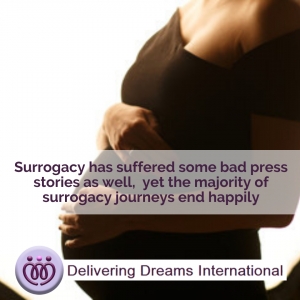 Fertility researchers have come under fire by a gynaecologist at a conference in Hobart this week for making negative comments about the IVF industry in the press.

Senior member of the Fertility Society of Australia David Molloy criticised fellow members by name as well as state regulator the Victorian Assisted Reproductive Treatment Authority (VARTA) at the opening of the society's conference on Monday.

"The last 12 months have seen an explosion in bad media. We've never had a worse year in terms of the media in relation to [assisted reproductive technology] … We need to answer it," said Professor Molloy, a gynaecologist and clinical director of the Queensland Fertility Group, and former AMA Queensland President.

Dr. Molloy said he and the Virtus Health marketing manager had analysed nearly 2,000 media monitor stories on IVF and 73 percent of the "seriously negative stories" were coming from Victoria.

He said that this was being driven by particular researchers and VARTA, mentioning its CEO Louise Johnson and staff member Karin Hammarberg by name, along with Adelaide University reproductive researcher Ben Mol.

Dr. Molloy complained that VARTA public statements about unethical practices or the lack of honesty within the industry tarnished the whole industry.

"Ms. Johnson, I'm not a liar … Ms. Hammarberg, I'm not a snake-oil merchant," he said, referring to public comments made by those women about some clinics' practices.

Dr. Molloy suggested VARTA was unduly critical of procedures such as endometrial scratching — the process by which the uterus is superficially wounded with the idea the scarring will cause inflammation and make it easier for embryos to implant — claiming it had as much evidence to back it up as many medical procedures.

He criticised statements made by Professor Mol about endometrial scratching and labelled Dr. Hammarberg's recommendation that patients cancel their appointments for the procedure as "reckless".