Infertility Atitudes and Funding in the Jewish Community: An Opportunity for Ukrainian Surrogacy 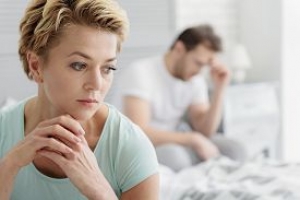 Infertility in the Jewish community needs more acceptance and funding support
When Naomi Less was still in the throes of what would be her nearly seven-year-long infertility journey, she made a vow.

It was February 2014, and she had just written a passionate blog post about her struggle to have a baby. At 40, it would be nearly four more years before Less, a musician and Jewish communal and spiritual leader, would welcome her daughter Marlow into the world. Before several close friends, Less promised that whether or not she was successful, she would continue to advocate for Jewish women who are having trouble starting a family.

“When it comes to this issue, there’s nothing,” Less said. “Sure, there are a few gem examples out there, but there’s not much awareness around this.”

The response generated by Less’s post — and a subsequent presentation — eventually became a $150,000 project funded by UJA-Federation of New York. The program is noteworthy both because New York’s federation is the country’s biggest — it gave more than $180 million to other not-for-profits in 2016 — and because it has a distinctive creative component. Its primary goal is to raise awareness. Women in the field, and who have struggled with infertility, say that’s important, but must be seen as a means to the end of helping infertile Jewish women financially. Jewish infertility is a national problem and needs a national response, Less said.

“This needs to be on the Jewish agenda,” said Elana Frank, founder and executive director of Jewish Fertility Foundation, an Atlanta-based not-for-profit that funds fertility treatments and offers counseling services. “Why is it fair to get grants for day school, and for summer camp, and for Shabbat dinner, but not be able to grow your family?”

Frank’s organization received not-for-profit status in 2016. Their annual budget is now up to $250,000, and she gives grants to struggling couples. But fertility treatments to produce just one child can run into the hundreds of thousands of dollars. Frank herself needed them to build her family, and to do it she moved to Israel, where assisted reproductive technology is subsidized by the state.

Some of the UJA grant money less received goes to local Jewish community centers, which will host support groups. The rest of it will go to an organization called Uprooted: A Jewish Response to Fertility Journeys, of which Less is a vice-president. The group aims to create a Jewish “healing community” that raises awareness and provides emotional support. Its funding will create a performance based on women’s infertility stories, called TRYmester, which will premiere on March 3 at a JCC in suburban New York before being shown at two more JCCs in the area. Less said she designed the performance to travel to other Jewish communities around the country, but no dates have been set.

That project began two years ago, after Less busted taboos by speaking publicly in an “ELI Talk” — a Jewish version of the famous TED Talks — about the disappointment of not being able to “achieve” a child, when her parents had always said that hard work could get her whatever she wanted. On Facebook, Less says, her blog post and talk led to an outpouring of stories from women telling her that they had also gone through fertility treatments without support from their synagogues, community centers and foundations.

“People who were struggling to start a family were feeling marginalized in the Jewish community,” says Shana Bloom, assistant director of UJA’s Caring Department. Bloom is overseeing UJA’s grant for raising awareness about fertility.

Bloom said that UJA decided to fund the performance as a “pilot” program to determine how the organization would fund other organizations that focus on infertility. She agreed with Less that their first step needed to be in calling attention to the issue.

“There are people who we could reach through an artistic medium who we might not be able to reach through other mediums,” she said.

Less says the performance, called TRYmester, shows the “cycle of emotion that one experiences over and over in the process of infertility.” It is spaced out over three acts — with an epilogue that shows that the cycle of treatments can often repeat itself.

Frank and others who focus on the problem in the Jewish community see it as a particularly American Jewish issue. Nationally, one in eight couples will have trouble conceiving a child — that goes up to one in three for couples in which the woman giving birth is over 35. Studies have shown that Jewish women are much more likely than non-Jewish women to wait to have children until their 30s and 40s.

“Even eight years ago when I was going through my experience I thought I was the only one in the world,” she said.

Before giving birth to Marlow, Less says she went through seven rounds of IVF and two rounds of donor eggs. She switched clinics several times and ended seeking her last two rounds of treatment in Syracuse, at a clinic where a round of IVF cost $12,500, less than half of what the treatment can cost in New York City. She estimates that the entire process cost close to $100,000.
Less says she was able to privately raise funds for her treatments from family and friends in her community, as well as from private donors who knew her through her work as a song leader and performing artist. Less is also a ritual leader at the nondenominational Lab/Shul spiritual community.

“I’m very lucky, because I’m extremely well connected in the Jewish community,” she said. “I’m really privileged in that sense. There are people who do not know philanthropists and very wealthy people.”

Less says she avoided seeking a loan because she was afraid of having to pay it back if the pregnancy failed.

“If the treatment doesn’t work, you still have to pay back that loan,” she said. “And then you’re reminded every month of how it didn’t work, and that was too daunting for me.”

Leora Kaye, a rabbi who works for the Union for Reform Judaism, was one of dozens of women interviewed by the creators TRYmester. She said the performances will be worth it if they attract the attention of major Jewish philanthropists.

“It’s not going to do a whole lot of immediate help for the financial end of it. But incremental change can end up being pretty radical,” she said. “Until we start having this conversation more publicly, we’re not gonna have the basis to go to our major foundations and say to them, look at how prevalent this is, look at how much is there.”

“We’ve got people who want to add more people,” Kaye added. “And if we have the funding available to educate children, and send them to camp, and build up their identities in all kinds of spaces, then I’d like to believe that we can fund literally bringing those children into the world.”

Elana Frank said she has seen an awareness of infertility growing more broadly in the U.S. Frank cited two documentaries on Netflix, “HAVEABABY” and “One More Shot,” that show the difficult journey that infertility represents for many couples. Recently, Tammy Duckworth, the U.S. Senator from Illinois, announced that she is having a second child at 49. She will become the first sitting Senator to give birth.

In the Jewish world, Frank says, she’s talked about the exorbitant expense of fertility treatments as a Jewish problem with concerned funders in Chicago and Philadelphia. She’s also worked with the genetic screening provider JScreen to educate couples on the genetics of fertility. But her work is just beginning.

“We gotta remember why we started all of this,” Frank said. “Because we were alone, poor and wanting to grow our families.”

For the best service, medical facilities and affordable surrogacy with strong legal protections for the intended parents from inception, contact us at Delivering Dreams. Learn if we can help you grow your family through Ukrainian Surrogacy. 908-386-3864 This email address is being protected from spambots. You need JavaScript enabled to view it., www.delivering-dreams.com.

Read 732 times
Tweet
Published in Blog
More in this category: « Complicated History of Surrogacy From 'Baby M' to Kim Kardashian and Kanye West vs the Stable History of Surrogacy in Ukraine Canadian ban on paying for surrogacy leads to unintended and unfortunate consequences for parents in contrast with stable clear Ukrainian surrogacy laws »
back to top
Learn more
Book meeting