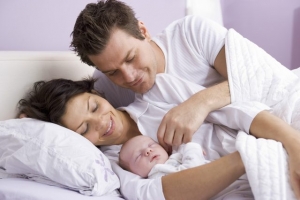 In Sarah Leamon's article below, it documents that the law banning commercial surrogacy in Canada, with fines of up to $500,000 has been used only once. Put in place to prevent potential exploitation, this law has done more to place a barrier to surrogacy as an option for Canadians to create a family. Canadian ban on paying for surrogacy leads to unintended and unfortunate consequences for parents

A Liberal MP is trying to change Canada's surrogacy laws and expand reproductive rights for Canadians. Anthony Housefather has announced his plans to introduce a private member's bill, which would repeal the current legal prohibitions against paying for a surrogate.

Current laws are surrogacy in Canada are vague...and simultaneously harsh.

They are governed by the Assisted Human Reproduction Act, which states that while it is legally permissible to compensate a surrogate for expenses reasonably related to the surrogacy arrangement, it is illegal to pay a surrogate for her services outright. It also bans monetary compensation for sperm and egg donations.

If a person is found guilty of such offences, the penalties are severe. They could face up to 10 years in prison and/or a $500,000 fine.

When it comes to surrogacy, this means that many intended parents are weary about what they can and cannot do within the confines of such an agreement. While they should be able to safely reimburse a surrogate for things like medical expenses and prenatal vitamins, they may not feel quite as comfortable paying for lost wages or a vehicle to get to and from doctors' appointments.

The ambiguity in the law puts additional stresses on both surrogates and intended parents-all at a time when they should be thinking about more important things than who is picking up the next bill.

But it hasn't always been this way.

These prohibitions were first brought into law in the 2004. This was largely done in an attempt to quell concerns that advancements in reproductive technologies would mean that vulnerable people would be exploited by abusive surrogacy agreements.

A small group of vocal academics continue to express these concerns, asserting that the monetary compensation of surrogates and/or egg and sperm donations are contrary to Canadian values.

However, such trepidations are unfounded.

Of particular note is the fact that only one person has ever been prosecuted under these laws since their introduction. This alone tends to indicate that the perceived fear of exploitation around advancing reproductive technology never became a practical reality in Canadian society.

What did become a reality, however, was the negative effect that these laws had on Canadians' abilities to safely access reproductive options right here at home.

To begin with, domestic sperm donations fell drastically in the years following its implementation.

Canada went from having over 20 sperm-donor facilities to just one national sperm bank.

This means that the vast majority of Canadian women looking for sperm donations have been forced to turn to other countries, such as the United States, in hopes of becoming pregnant…and for some, this has had unforeseen and difficult consequences.

In 2016, 26 Canadian families were sent into a tailspin after discovering that the supposedly healthy sperm donor from Georgia whom they had selected to create their families actually suffered from severe mental health issues, including schizophrenia and bipolar disorder.

A lack of analogous health and safety standards in the U.S., coupled with a loss of information during the importation process, were ultimately to blame.

A reliance on internationally imported sperm means that Canadian families are often unable to access the information that they require in order to make a properly informed decision about their sperm donor. They may ultimately be left in a vulnerable situation and could unknowingly accept a donation that they otherwise would not have, with little to no recourse.

But still, they continue to go abroad due to the prohibitive laws we have here at home.

And the same has happened for surrogacy agreements.

More and more, prospective parents are going abroad and using consulting agencies in order to find a surrogate. As many provinces continue to consider such agencies as potentially illegal, they largely operate within the shadows of the law. They are often unlicensed and not subject to any professional guidelines.

This ultimately puts all parties at risk.

It is a cruel irony that this law appears to be doing exactly what it was intended to prevent in the first place-jeopardizing the safety and well-being of Canadians who wish to start a family by using these advancements in technology.

For that reason, these laws should be repealed. They are not working, and creating change in this area will offer some much-needed clarity for those seeking reproductive assistance.

It would expand the overall reproductive rights of Canadians.

It goes without saying that mentally competent adults are able to make their own reproductive choices and decide what to do with their own bodies.

Our rights are championed by laws that extend our liberties and treat us as the independent and autonomous individuals we are. All Canadians should be empowered by laws that support them in their reproductive choices and allow women to carry a child for themselves, for someone else, or not at all-through whichever means necessary.

Finally, it would be amiss not to consider the fact that Canadian life is much different today than it was in the early 2000s when these laws were first passed.

With the legalization of gay marriage, and more and more women choosing to delay motherhood for various social and economic reasons, the need for reproductive services and technology is more important today than ever before.

Ultimately, there is no need for this kind of paternalistic legal intervention.

After all, there's no place for the state in the bedrooms of the nation.

- Delivering Dreams helps couples throughout the US struggling with infertility have children. Located in NJ and Kyiv Ukraine, our amazing medical facilities and professionals, surrogates and donors are in Ukraine, because Ukrainian law protects the rights of parents and their children from inception at affordable costs and high success rates.

- Unique to Delivering Dreams, we offer guaranteed not to exceed, all-inclusive pricing and contracts under US law to provide prospective parents legal and financial security.

- 1 in 6 couples are struggling with infertility. You are not alone. We want to be your path to parenthood.

- Would you like to learn more? Please contact us to share your challenges, ask questions and discuss solutions. This email address is being protected from spambots. You need JavaScript enabled to view it., 1.908.386.3864.

Read 710 times
Tweet
Published in Blog
More in this category: « Infertility Atitudes and Funding in the Jewish Community: An Opportunity for Ukrainian Surrogacy How common is infertility? Ukrainian Surrogacy may be the right option »
back to top
Learn more
Book meeting