Study on IVF Shows Rate of Success Increases Modestly Up to 9th Attempt: Is It Worth It? 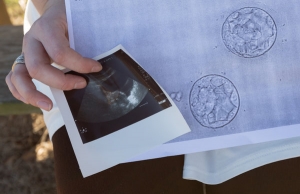 In their quest to become parents, most infertile couples undergoing in vitro fertilization must grapple with a tough decision: when to call it quits. After three or four unsuccessful embryo transfers, doctors have long assumed that the chances of eventually bringing home a child were dismal.

But a large study, published on Tuesday in the Journal of the American Medical Association, has found that nearly two-thirds of women undergoing I.V.F. will have a child by the sixth attempt, suggesting that persistence can pay off, especially for women under 40.

The cumulative rate for live births continues to increase, albeit modestly, up to the ninth attempt, or “cycle,” of I.V.F.

“The take-home message is your prognosis doesn’t fall off a cliff if it didn’t work after three or four cycles,” said Dr. Owen K. Davis, the president of the American Society for Reproductive Medicine, who was not involved in the new research.

But while some infertile couples may find the result reassuring, experts noted, many others are likely to struggle with the expense and emotional upheaval of repeated treatments.

Researchers at the University of Bristol and the University of Glasgow defined a cycle as stimulation of ovaries to produce several eggs, plus all the resulting embryo transfers. These days, doctors are now encouraged to transfer just one or two embryos at a time to avoid multiple births. The rest are frozen for later attempts.

“It’s never been shown in a large population before that that could be the case,” said Dr. Evan R. Myers, a researcher and a professor of obstetrics and gynecology at the Duke University Medical Center, who wrote an editorial accompanying the study. “Instead of saying, ‘If you haven’t been successful after three or four cycles, think about donor eggs or adoption,’ the study says, ‘If you keep going, there’s still a substantial chance.’ ”

A woman’s age made a big difference in the study. The live birthrate among women younger than 40 after the first cycle was 32.3 percent, and after the sixth cycle, 17 percent.

But among women ages 40 to 42, just 12.3 percent were successful after the first cycle, and only 6.9 percent after the sixth.

Dr. Mark V. Sauer, the chief of the division of reproductive endocrinology and infertility at Columbia University’s Center for Women’s Reproductive Care, applauded the “robust” paper and thought it would allow patients to make more informed decisions about whether the next cycle was worthwhile.
“There should not be an arbitrarily assigned limit of when you deny care,” he said.

But Dr. Sauer criticized the paper for not specifying whether embryos were transferred to the uterus after three days or five days, or whether they had been biopsied to check for genetic problems.

Because more developed embryos are more likely to implant, success rates are probably even higher for women under 35 who produce them, he said.
Image

Some clinicians also believe that women who do not produce any eggs — or produce just two or fewer — after stimulation of the ovaries are less likely to become pregnant via future cycles of I.V.F. The new study found no evidence for this.

“We found that just isn’t the case,” said Dr. Debbie A. Lawlor, an epidemiologist at the University of Bristol and the study’s senior author. “Don’t give a load of importance to any one cycle.”

The news that a baby could result from six cycles of I.V.F. is likely to be bittersweet for couples struggling to pay for treatment. The average cost of a cycle is $12,400, according to the American Society for Reproductive Medicine.

Only eight states require insurance coverage for I.V.F. treatment, according to Resolve, a patient advocacy group.

The medical risks must also be weighed, including ovarian hyperstimulation syndrome, a condition in which ovaries become enlarged and fluid builds up in the abdomen.

“It’s not common, but it can be quite severe,” Dr. Myers said. “The fewer times women have to go through ovarian stimulation, the better.”

Not every couple can bear to go through another round. In November, after her first I.V.F. cycle failed, Taylor Smith, 28, a preschool teacher from Fort Smith, Ark., was so distraught that she boxed up the leftover needles and vials with the tiny ultrasound snapshot of the two embryos that had fueled her hopes for a child.

Her insurance will pay about 80 percent of the cost of four cycles. But if the second one fails, Ms. Smith is not sure she would sign up for a third heartbreak.

Logistical hurdles exist, too. For each appointment, she has to take a day off from work and travel five hours round trip to an I.V.F. clinic.

“It’s not just the money being there,” she said. “It’s the emotional toll. Everyone is invested in it. My mother was more upset than I was.”

Barbara Collura, the chief executive of Resolve, said the study’s deeper message to women is “be prepared for three or four or five failures to get what you want.”

Ms. Collura said it was essential for infertile couples to seek out emotional support from family or friends, a patient group or a professional.

“What I tell people is, ‘Respect an infertility diagnosis,’ ” she said. “When people get a cancer diagnosis, they treat it with respect and get the help they need. They don’t wing it.”

Given these new findings, Dr. Davis, the American Society for Reproductive Medicine president, said some patients “may feel guilty for throwing in the towel.” But he said he did not think they should.

“Couples must figure out, depending on their embryos and their limits, when they move on,” he said.

Delivering Dreams helps couples throughout the US struggling with infertility have children. Located in NJ and Kyiv, Ukraine, our amazing medical facilities and professionals, surrogates and donors are in Ukraine, because Ukrainian law protects the rights of parents and their children from inception at affordable costs and high success rates.

Would you like to learn more? Please contact us to share your challenges, ask questions and discuss solutions. This email address is being protected from spambots. You need JavaScript enabled to view it., www.international-surrogacy.com, 1.908.386.3864.

Our upcoming book, “Successful Surrogacy: Your Guide to Realizing Your Dreams of Parenthood Through Ukrainian Surrogacy” reveals the process, details and answers to embower you to start your Ukrainian Surrogacy Journey and ensure it will be an affordable, secure and happy experience.

Order your advance copy today! Our book is FREE, but the results will be PRICELESS!

Read 624 times
Tweet
Published in Blog
More in this category: « Her Body, My Baby: What A Surrogacy Pregnancy is Like: Consider a Ukrainian Surrogate Movie Review: “Love Always, Mom” Surrogacy After Cancer – Explore Ukrainian Surrogacy »
back to top
Learn more
Book meeting