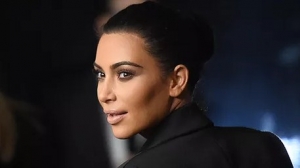 Kim Kardashian showed her decision process to use a surrogate on her E! television show.

Kim Kardashian and her husband Kanye West are hiring a surrogate to carry and give birth to their third child, People magazine reported last week. The price tag for the pregnancy? Upwards of $100,000.

This isn’t just the high price celebrities pay. That’s actually broadly in line with the $98,000 to $140,000 national average, according to surrogacy agency ConceiveAbilities, which ranges from $98,000 to $140,000. The medication alone used for in vitro fertilization costs thousands of dollars, and fees for a full surrogacy including childbirth costs can be more than $50,000. Kardashian documented her decision to use a surrogate on her show Keeping Up With the Kardashians, an E! reality show based on her and her family, saying it was “the only other option” after a doctor told her it was medically dangerous to carry another child. (Kardashian’s representative did not immediately respond to request for comment).

Affordability depends largely on location, said Stephanie Caballero -- founder of Surrogacy Law Center in Southern California, which specializes in reproductive law. Illinois is one of 15 states mandates insurance coverage for infertility, which can save couples thousands on IVF, embryo transfer, and drugs. “You can save $20,000 just from moving to another state,” Cabellero, who also hired surrogates herself for her two children said. “I’ve considered it, and many people have done it.”

Couples looking to hire a surrogate generally contact an agency and find a match to carry their child. There are two kinds of surrogates: “traditional surrogacy,” wherein a woman is artificially inseminated with the client’s sperm and delivers a biological baby for them to raise, or “gestational surrogacy,” where an embryo from a mother and father is implanted using in vitro fertilization into the uterus of the surrogate. The gestational surrogate then carries the child, who has no genetic ties to her, to birth. Kardashian planned to use this form of surrogacy, she said on her show.

Surrogacy contracts include a fee paid to the surrogate directly and often higher fees for additional embryos carried in the case of multiples. Contracts can contain specific stipulations regarding diet and behavior: in Kardashian’s case, TMZ reported the surrogate cannot smoke, drink or do drugs during the pregnancy and must refrain from going in hot tubs, handling cat litter, and applying hair dye. They cannot eat raw fish or drink more than one caffeinated beverage a day, TMZ said. Often parents will pay for clothing and other pregnancy-related costs for a surrogate, Cabellero said, though not everyone has Kardashian’s millions.

Hundreds of would-be parents have created pages on GoFundMe for such procedures and even held bake sales to raise funds for a family. In her own case Caballero said, all disposable income between her and her husband went towards a future pregnancy for years. “People will do anything when they can’t carry to hire a surrogate,” she said. “You get to the point where you just start seeing babies everywhere.”

Sometimes, a relative will volunteer to carry the child, which can significantly lower costs. Kardashian considered the option on this season of her show. While Kardashian has more resources than most aspiring parents, she could experience problems the average couple exploring surrogacy do not, including the prying eyes of the paparazzi. The surrogate who actress Sarah Jessica Parker hired to carry her twin babies in 2009 was identified by the media and hounded for photos and information. Police in her town were investigated for breaking into her home for information to sell to tabloids.

Surrogacy companies require women to undergo a psychological screening and legal evaluation before agreeing to the process and being matched with a couple, said Jane Frederick, a board-certified reproductive endocrinologist and fertility expert in Orange County, Calif. In most places, the law is on the side of the intended parent, not the surrogate, and cases of a surrogate trying to keep the baby are rare. While some surrogates are primarily seeking extra income, many of them simply enjoy pregnancy.

“Their thoughts are, ‘I had such an easy pregnancy and want to help someone trying to conceive who has had difficulty,’” she said. “In their mind it’s something that comes easily.”

For a more affordable surrogacy, contact us at Ukrainian Surrogacy. Learn if we can help you grow your family. Financing is also available. 908-386-3864 This email address is being protected from spambots. You need JavaScript enabled to view it..