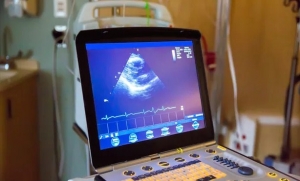 In such a contract, a woman agrees to carry the fertilized egg of another woman through pregnancy. S-1238, like its predecessors, would require the surrogate mother to immediately forfeit all maternity rights, which the state Supreme Court deemed untenable in its watershed ruling decades ago in the Baby M case.

Christie vetoed similar bills in 2015 and 2012, but sponsors and supports insist they will continue their efforts.

The Senate passed the bill—sponsored by Sen. Joseph Vitale, D-Middlesex—in a 22-15 vote, split along party lines, with Democrats voting in favor.

The bill now goes to the Assembly, although it is unclear if and when that chamber will act with the Legislature's summer break set to begin. An identical measure—A-910, sponsored by Assemblywomen Valerie Vainieri Huttle, D-Bergen, Annette Quijano, D-Union, and Mila Jasey, D-Essex—is pending before the Assembly Human Services Committee.

"For men and women who are looking to start or expand their families but have struggled to do so through traditional means, surrogacy offers an alternative path to having children," said Vitale in a statement earlier this month. "As science advances, and more couples turn to surrogacy, gestational carrier agreements are imperative to protect the interests of all parties involved, including the carrier, the intended parents and the child."

Arkansas, Delaware, Florida, Illinois, Nevada, New Hampshire, Tennessee, Texas, Utah, Virginia, Washington state and Wisconsin, along with the District of Columbia, allow for gestational surrogacy to some degree, according to Vitale.

"Permitting adults to contract with others regarding a child in such a manner unquestionably raises serious and significant issues," Christie said in 2012. "While some will applaud the freedom to explore these new, and sometimes necessary, arranged births, others will note the profound change in the traditional beginnings of a family that this bill would enact. I am not satisfied that these questions have been sufficiently studied by the Legislature at this time.

"Validating contracts for the birth of children is a step that cannot be taken without the most serious inquiry, reflection and consensus," Christie added.

It is unclear whether this latest version, if it passes the Assembly, will meet with a different fate than the earlier two versions.

Under S-1238/A-910, the gestational carrier must be at least 21 years old, have already given birth to at least one child, and have completed both medical and psychological evaluations. The intended parents would be required to have completed a psychological evaluation to determine their suitability to enter an agreement, and to have retained an attorney to advise them about the terms and potential legal consequences of entering into an agreement.

The bill would allow for the intended parent to reimburse the gestational carrier's reasonable medical and other expenses incurred with carrying the child.

New Jersey has a long history regarding the use of gestational carriers.

Surrogate pregnancy contracts made national headlines in 1988 when the state Supreme Court issued its ruling in In re Baby M, which voided surrogacy-for-hire contracts.

In 2012, the court—in a 3-3 split in In the Matter of the Parentage of a Child by T.J.S. and A.L.S.—let stand a lower court ruling that parental rights do not vest in the wife of a man who fathered a child through an anonymous egg donor, when the embryo was carried by an unrelated surrogate.

For a more secure surrogacy option with legal protections for the intended parents from inception, contact us at Delivering Dreams. Learn if we can help you grow your family. Financing is also available. 908-386-3864 This email address is being protected from spambots. You need JavaScript enabled to view it..

Read 759 times
Tweet
Published in Blog
More in this category: « Surrogacy and Kim Kardashian Pinterest Provides up to $20k for Surrogacy Assistance »
back to top
Learn more
Book meeting