U.S. Fertility Rate Fell to a Record Low, for a Second Straight Year 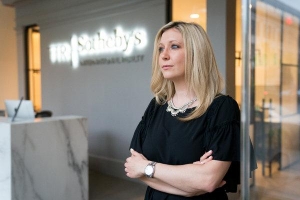 U.S. Fertility Rate Fell to a Record Low, for a Second Straight Year

Ukrainian Surrogacy is an Affordable and Successful Option

By Sabrina Tavernise of the New York Times

WASHINGTON — The fertility rate in the United States fell to a record low for a second straight year, federal officials reported Thursday, extending a deep decline that began in 2008 with the Great Recession.

The fertility rate fell to 60.2 births per 1,000 women of childbearing age, down 3 percent from 2016, according to the National Center for Health Statistics. It was the largest single-year decline since 2010, when families were still feeling the effects of a weak economy.

Fertility rates are essential measures of a society’s demographic balance. If they are too high, that can strain resources like housing and education. If they are too low, a country can face challenges replacing its work force and supporting its older adults, like in Russia and Japan. In the United States, declines in rates have not led to drops in the population, in part because they have been largely offset by immigration.

The country has been living through one of the longest declines in fertility in decades and demographers are trying to figure out what is driving it. Rates tend to drop during difficult economic times as people put off having babies, and then rise once the economy rebounds. But the rate has not recovered since the

“Every year I look at data and expect it will be the year that birthrates start to tick up, and every year we hit another all-time low,” said Kenneth M. Johnson, a demographer at the University of New Hampshire. “It’s one of the big demographic mysteries of recent times.”

He said it seemed to be inconsistent with the growing number of women of childbearing age: In 2017, women had nearly 500,000 fewer babies than in 2007, despite the fact that there were an estimated 7 percent more women in their prime childbearing years of 20 to 39.

Social forces are also at work. Women are postponing marriage, becoming more educated and are more likely to be the primary breadwinners for their households.

“It’s hard to tell whether this is a dip that we periodically see in fertility or this is a long-term trend due to major social changes,” said Donna Strobino, a demographer at the Bloomberg School of Public Health in Baltimore.

She noted that the numbers of births to 10- to 14-year-old girls, now only a few thousand, are down from over 6,000, 10 years ago. The reverse has happened with births to women in their late 40s, which were more than 9,000 last year. Nearly one in five births are now to women 35 or older, she said.

It could be that the new generation of millennial women is delaying having children even longer than the women who came before them, as prime childbearing years are also critical years for advancing in a career. A recent study shows that the marital pay gap that springs up after a first child is born typically does not close if the birth happens between age 25 and 35.

Shannon Hettinger, a 32-year-old from Washington, D.C., said she definitely wanted children. She grew up in a large family in a small town in Pennsylvania and almost all her high school friends are married with children. But she moved to Washington, and spent her 20s deciding on a career. Now that she has one she loves — she works in residential real estate sales — she is not going to stop until she gets established. That means not having children for a while.

“I just want to build my book of business and see where I can go from here,” she said. “My whole focus is career growth. That’s my No. 1 priority.”

“Once I achieve a certain level of success,” she added, “then I’ll start thinking about a family.”
Ivy Gray-Klein, 26, who lives in Philadelphia and works at the University of Pennsylvania School of Design, said she was open to having children but cannot imagine doing so until she is 30 or 35. She wants to feel settled in her own life first. Now she has three roommates, is paying down her student loans and is working to build a little bit of savings.

“I’m just really trying to get myself to a place that is solid,” she said by phone. “Having a child right now would be so destabilizing. Children just seem like such an enormous financial undertaking.”
The country has had declines before. The longest period of continuous decline on record was from 1958 to 1968, according to Brady E. Hamilton, a statistician and demographer with the National Center for Health Statistics. The United States has been tracking the number of births and birthrates since about 1910.

The most recent decline has been deepest for minorities. The fertility rate among Hispanic women dropped more than 27 percent between 2007 and 2016, the most recent year of data by race. The rate for whites has dropped about 4 percent, for blacks about 11 percent and for Asians about 5 percent.
The biggest falls have been among younger women, but last year the birthrate even declined for women in their 30s, an unusual development, demographers said. The rate had been rising for that group, as more women delayed childbearing.
“I was surprised to see that reversal,” said Gretchen M. Livingston, a demographer at the Pew Research Center. She cautioned into reading too much into one year.
A bright spot was the rate of births to teenagers, which has dropped 55 percent since 2007 — nearly 8 percent a year — a decline Dr. Hamilton called “phenomenal.” The teenage birthrate is down 70 percent since its peak in 1991, he said.

Learn more about international surrogacy:
Delivering Dreams helps couples throughout the US struggling with infertility have children. Located in NJ and Kyiv, Ukraine, our amazing medical facilities and professionals, surrogates and donors are in Ukraine, because Ukrainian law protects the rights of parents and their children from inception at affordable costs and high success rates.

Read 820 times
Tweet
Published in Blog
More in this category: « New Genetic Screening Technology Improving Odds Of Getting Pregnant – Surrogacy In Ukraine Uses Similar Technics And Results What You Should *Never* Say to a Friend Struggling With Infertility »
back to top
Learn more
Book meeting